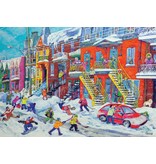 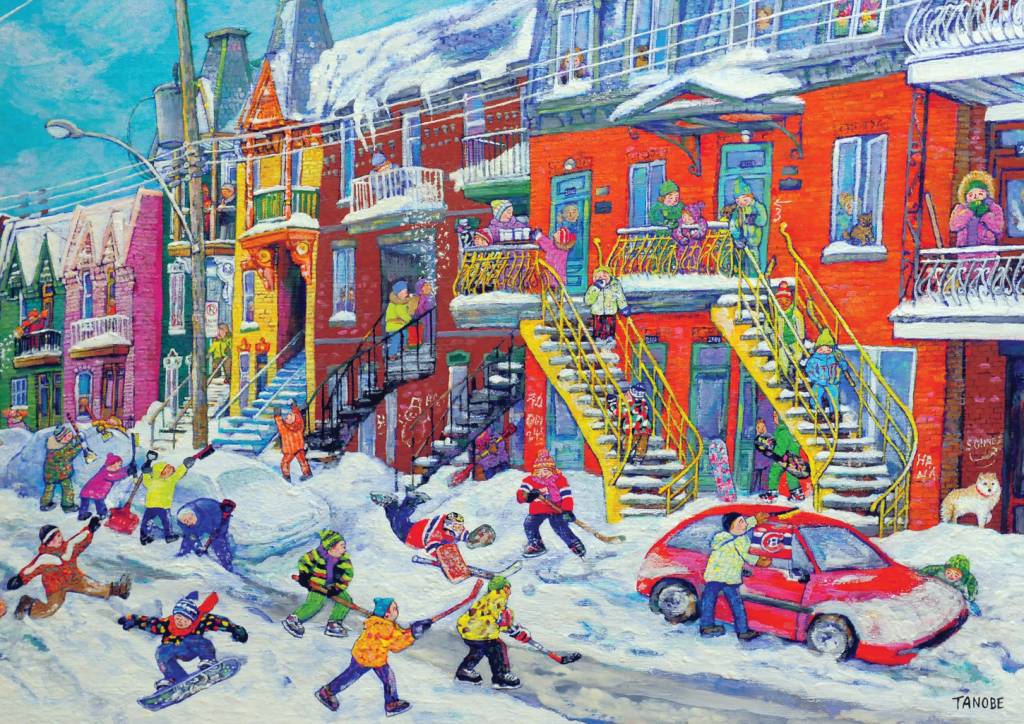 A 1000-pieces adult puzzle, perfect gift and challenge. Assemble the puzzle with family or friends and discover the art!

Born in 1937 in Japan, Miyuki Tanobe began her studies in art at the age of eleven. In 1959, she became a professor of drawing and painting at the Tokyo University of the Arts. Then, in 1963, Miyuki enrolled at the École nationale supérieure des Beaux-Arts in Paris. In 1071, she settled in Montreal, where she fell in love with the popular neighborhoods which she depicts with humor and great sensitivity. Among the distinctions received, Miyuki Tanobe, in 1981, was awarded the Canada Council for the Arts prize for her illustration of Gilles Vigneault's poem Les gens de monpays. In 1994, she was inducted in the Royal Canadian Academy of Arts and was elected an Officer of the National Order of Quebec the following year. In 1999, she was asked by the Royal Canadian Mint to illustrate the 50 cents silver coin, Les Petits Sauteux. In 2002, the Délégation générale du Québec à Paris selected for its tableware set, one of her paintings together with paintings from Riopelle, M.-A. Fortin, and Derouin. The same year, she became a member of the Order of Canada and recipient of the Golden Jubilee Medal.

Add your review
Powered by Lightspeed